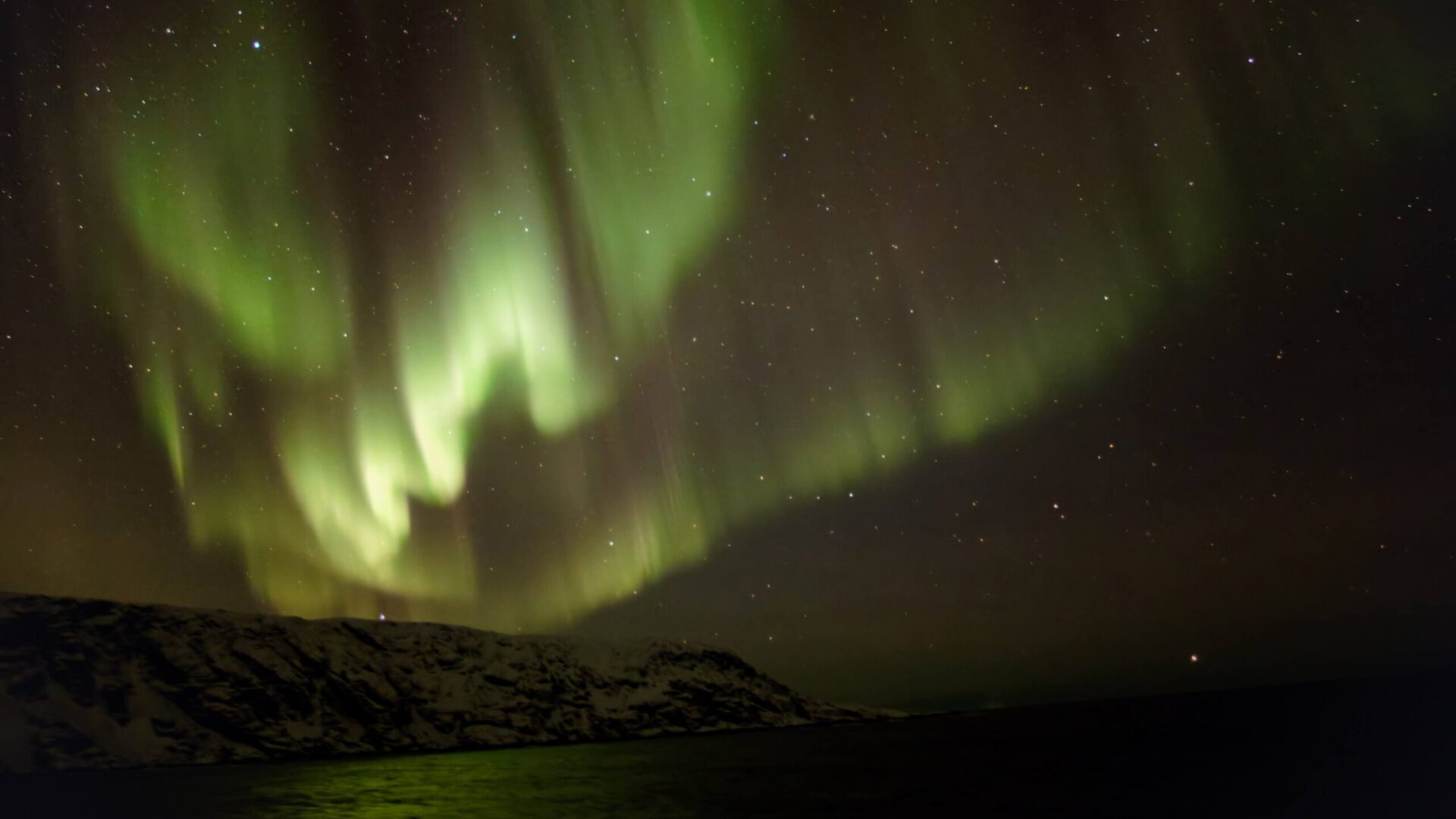 In 2019, I had the plan to photograph aurora borealis in all parts of the spectrum. Prior to this, I tried to gather as much information as possible on how it may look like and who had done it before – but that list turned out to be surprisingly small. I therefore had no choice but to wing things and see where things will take me. I had two chances to photograph aurorae: while attending a conference in Reykjavik, Iceland, and during the Hurtigruten which is a 10-day trip across the coast of Norway via postal ship.

The famous waterfall of Seljalandsfoss. It is fed by the nearby infamous glacier region of Eyjafjallajökull: it sits on top of a relatively active volcano, which is generally a bad place for a glacier to be and brings risks when trying to harvest the glacier for water. Unfortunately, global warming may mean that this marvel may soon vanish, since the glacier is a relatively small one and therefore one of the first to go with rising temperatures.

The continental plates are moving. What feels like an unmovable fact today is actually a rather recent discovery. Tracing back to Alfred Wegener, who postulated and published this theory back in 1912, it provided a logical explanation for the conundrum that some continents like Africa and South America appear to share similar coastlines. However, his work was ridiculed and disregarded for a long time. Beginning in the 1950s, people started to finally acknowledge that he was right all along and took his arguments seriously again and in the 70ties, plate tectonics and the idea of continental drift had become mainstream. Iceland is a remarkable example of this event, since the Eurasian and North American tectonic plates are meeting on that island. As they are moving away from each other, a rift valley has formed that is still growing. The created gaps are then swiftly filled with clear water, an immensely impressive sight!

A sunset over the volcano of Snæfellsjökull – my Islandic friend seemed to have no issues in pronouncing that but I did – and a smaller mountain peak in front of it, while the glacier water created a small stream. To me, it is fascinating that infrared sunsets turn blue after being processed, since sunsets emit mostly in the red wavelength and then quickly become fainter in the infrared.

With that full view of Snæfellsjökull, my one-week trip to Iceland came to a (slightly) disappointing end – not for lack of trying, but we didn’t manage to see any aurorae borealis. Friends of mine who staid for another week got quite lucky but that is how it goes. Bonus in this photo: a paraglider above the glacier, barely visible.

A few weeks later, I returned to Scandinavia for a 10-day trip across the Norwegian coast. We travelled on the Hurtigruten postal ships, which made up their lack of luxurious cabins with amazing landscapes. On the first morning, we left the harbor and were seen off with a nice little rainbow.

Before travelling out into the open sea, we made a small stop and went for a hike. Our ship, the MS Kong Harald, can be seen on the water. The landscape of Norway is truly astounding and worth a visit – but we were still waiting for the northern lights. Finally, we got lucky in the following night.

Taken just shortly after the previous photo, this shows the mountain peaks on the left in more detail.

I never dared to hope that northern lights would be that active in the infrared – and that beautiful. Taking photos in the surprisingly rough sea of the Atlantic was a special kind of challenge in of itself, but I came prepared. Every image is a composite of 8-16 0.3s frames, which were then aligned and averaged. Rejecting outliers per pixel before averaging means that I could even use a few blurred imaged in order to reduce noise in the background.

Full spectrum illustrates nicely how visible and infrared aurorae correlate to each other. It seems that infrared emissions lie slighly below the green ones, and are probably in the same region as the visible red emissions. Due to the infrared leak of the blue channel, this results in a white northern light in full spectrum. As a bonus, the nothern lights near the horizon become purple, because the atmosphere absorbs most visible light – so there is actually a bit of pure infrared hidden in this photo.

There are certain wavelength bands that astronomers try to avoid at all cost. At about 800-850nm, the sky has very strong emissions, which adversely affects astronomic imaging, but I wanted to see whether one can see nothern lights in this range as well. As we anchored for a bit, I tried it out and – success! Aurorae look amazing and different at those wavelengths, but it is extremely tricky to shoot. The sensitivity of camera sensors goes down fast at those wavelengths, so it was impossible to photograph from a moving ship.

Here is an illustration of the latter point: in that night, the sky emission was so strong that it can be seen as a red haze even against the other wavelengths. This leads to a second point: as different and diverse nothern lights can be in the visible spectrum, they are just as diverse in the infrared as well. I never had such an active night again in those wavelengths.

This is my personal favorite from the entire trip. All of the things that make infrared unique are here: the sky emissions make it appear as it was full moon, while the aurora shines in a bronze tone that is utterly different from visible-light photos.

In contrast to its infrared counterpart, the scene is much more evenly lit in full spectrum. The water reflection is particularly interesting, as it would be expected to see higher reflection in the visible spectrum – and indeed, even the colour on the water surface seems to be a bit more green (and therefore more purely visible light) compared to the aurora.

The last night of northern lights had a particularly eerie feeling to it, as the aurora was quite faint but very active. The infrared sky emission made itself known again, as well. As before, there is a remarkable difference in water reflections between full spectrum and infrared.

Here, full spectrum truly shows what firework we could see if our eyes had infrared capabilities as well. The sky has a purple taint due to the infrared sky emissions and the horizon again shifts colours due to visible light absorption.

On the last full day, Norway said goodbye with a particularly scenic sun setting above the coastal mountains. I couldn’t be happier with what we have seen and experienced on that voyage.

I couldn’t be happier with what we have seen and experienced on that voyage and, if times change and travel becomes more free again, I would love to return.

Skip back to main navigation